Jubilee Fund of the Mayor of the City of Vienna

It has been known for many years that there are gender-specific risk profiles in various myeloid leukemias, and the prognosis often differs considerably when comparing male and female patient groups.

In order to investigate the mechanisms of this phenomenon, the Ludwig-Boltzmann Cluster Oncology has defined a project in which leukemic stem cells and the stem cell niche are to be investigated. The application has been submitted for the Jubilee Fund of the Vienna City Mayor and has recently been approved. On 28.2.2017, Heidrun Karlic and Emir Hadzijusufovic accepted the decree for the cluster as part of a ceremonial event in the town hall, which was accompanied, among others, by the health town councillor, Mrs. Sandra Frauenberger. 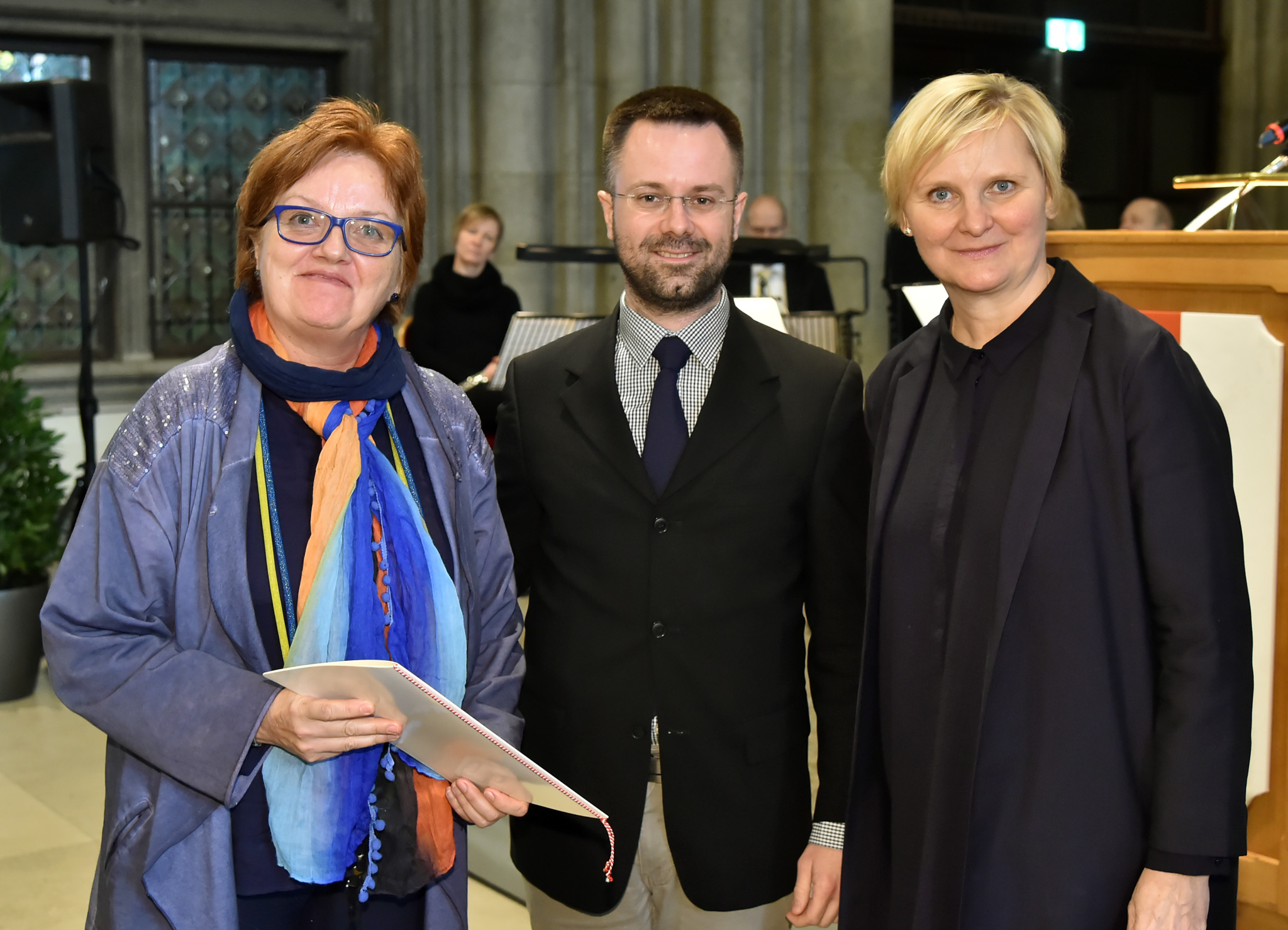 a.
a. Heidrun Karlic and Emir Hadzijusufovic accepted the decree for the cluster as part of a ceremonial event in the town hall.